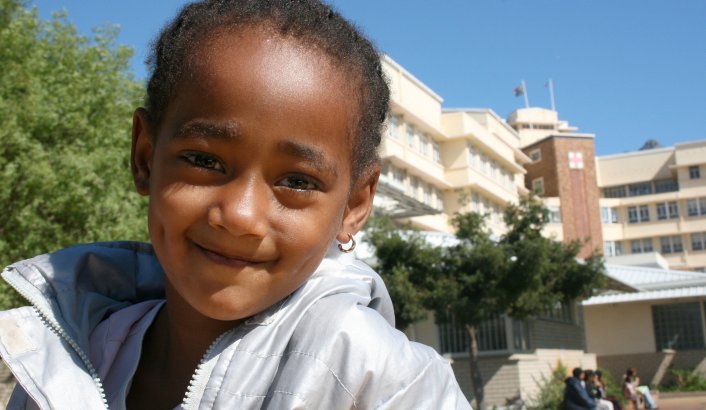 On the 2nd of August, 2012, Rebecca Davis reported on an inspiring article: “The SA government hospital that really works – with a little help from their friends”. Inyathelo thought it to be a worthwhile share as an example of how an organisation can reach and maintain world class status.

It’s easy to be downbeat about the state of the South African public health system. But there’s a government hospital that provides some facilities on a par with the best internationally and is consistently a home for cutting-edge procedures. REBECCA DAVIS went to find out how the Red Cross War Memorial Children’s Hospital does it.

Western Cape Premier Helen Zille once said that the Red Cross War Memorial Children’s Hospital (RCWMCH) “has come to symbolise the vision for what we can do as a society”. That may seem hyperbolic, but there is no denying that in the landscape of South Africa’s beleaguered public health system, the Cape Town hospital is something of a beacon in terms of innovation and resources.

The hospital opened its doors in 1956 with the aid of a fund contributed by World War II soldiers, who wanted it to stand as a public memorial to their fallen comrades. Today, the Rondebosch-based hospital cares for around 260,000 patients a year, 98% of whom are drawn from the most impoverished sections of the South African community.

Others come from further afield, continent-wide: the RCWMCH is the only specialist children’s hospital in Africa, and one of only a few in the Southern Hemisphere. Fundraising is ongoing at the moment for the establishment of the Nelson Mandela Children’s Hospital in Johannesburg, which hopes to be accepting patients by 2013, but at the moment, the RCWMCH is unique in terms of its offering.

The hospital technically only accepts patients until the age of 12, although inevitably this rule is bent. Why do children need their own hospital in the first place? Louise Driver, chief executive of the Children’s Hospital Trust, said there are three primary reasons. The first is to do with equipment: you cannot use neonatal surgical tools on a 40-year-old man, for instance. The second involve staff, all of whom have paediatric care as their speciality is particularly important in the case of aspects like anaesthesiology. And third, certain illnesses (measles, for instance) are childhood-specific, and the hospital is expert in these.

Much of the success of RCWMCH is down to the Children’s Hospital Trust, the independent fundraising arm established in 1994 when the hospital was threatened with closure. It’s a remarkable story: over the past 18 years, it has raised over R420-million for the hospital’s development. While the hospital’s operating costs are covered by the provincial government, it is the Trust that has paid for many of the features which make the hospital a world-class institution. Buildings have been upgraded, important equipment purchased and training and research programmes funded.

This isn’t important merely for its own sake. A hospital with international-quality resources can attract superior staff. Driver pointed to the head of the Department of Paediatrics, Heather Zar, an A-rated scientist who recently won the National Science and Technology Forum Billiton TW Kambule Award for her outstanding contribution to science over the last decade. Then there’s Alastair Miller in paediatric surgery, who was responsible with two other RCWMCH doctors for spearheading the first successful liver transplant programme in South Africa. Heinz Rode, also in paediatric surgery, is recognised worldwide for his pioneering work with paediatric burns. Driver said students from all over the world apply to come and work at the hospital. “There are fascinating cases, great people to train over, and an amazing spirit within the hospital. Most doctors and nurses have been working here for over 20 years.”

Among the advancements the Trust has brought to the hospital in recent years is the “Saturday Surgeries” programme, initiated last year to deal with the often six months to a year waiting period for children needing surgery. Patients waiting this long for surgery often see their conditions worsen into a chronic ailment, but in most South African hospitals such delays are a function of an overstressed system and are simply unavoidable. The Trust provided the money to add an additional day of surgery for a period of eight weeks. With the aid of extra staff, they laid on around 10 operations a day, back-to-back, and cleared the waiting list.

Another initiative Driver is proud of is the African Paediatric Fellowship Programme, which funds the training of nurses and doctors drawn from across the continent. Driver pointed to a paediatrician from Kenya who completed the hospital’s training with a speciality in nephrology, kidney disease, in 2007 and returned to start that country’s first paediatric nephrology service.

They have also made a significant difference to the hospital’s infrastructure. Thanks to the Trust’s fundraising, the hospital now boasts the first and only Surgical Skills Training Centre in Africa, which specialises in offering training in paediatric keyhole surgery. The hospital’s Burns Unit is one of its busiest, due to the prevalence of burn-related injuries from informal settlements, where much cooking is done over an open fire. It is also one of the most expensive units to run, because of the length of time children must stay there (up to a year, in some cases). In 2010 it was upgraded by the Trust to meet the best international standards, with a significant reduction in mortality rates and child suffering.

Some of the other innovations brought to the hospital by the Trust are small, simple things that render the hospital experience more bearable. As an example, Driver said parents who travel long distances to bring their children to the hospital often can’t afford to leave and will spent nights sleeping on uncomfortable chairs with their heads resting on their child’s bed. “But we want the parents to be there, because research shows that children who have their parents with them recover quicker,” she said. So in the new wards they introduced kanga chairs, which fold down into a kind of bed at night. The parents also receive hot meals, showers, help with transport money to get home and food parcels for when their children are released.

It’s pretty clear that the help of the Trust allows the hospital to provide a better standard of care than would otherwise be possible, given government budgets. So the questions are: how does it do it, and can the model be replicated?

These questions are asked so often the Trust has commissioned a book about it, scheduled to be released in October. Driver said the key to its success is simple: “We’re good at getting money in, and we’re good at spending it.” They owe a lot to the generosity of individual donors. One endowment, prudently invested, has been enough to create a working capital fund which pays for all the Trust’s operations. This means that 100% of the money that is fundraised goes towards hospital projects. That’s very unusual for a South African NGO, and understandably a pretty enticing prospect for donors.

“We also have a very strong evaluation and monitoring programme, because we are totally accountable to our donors. There are strict controls in place that have been set up over the years,” Driver said. She pointed to Trust’s board, which includes experts in fields ranging from the law to finance. Over years, they have built up a strong relationship with the media, because the kind of feelgood stories the hospital can often provide such as the separation of conjoined twins are always popular. As a result, corporates know that if they partner with the hospital on a programme, they will receive some valuable publicity in return.

“In tough financial times, your fundraising needs to become more innovative,” Driver said. Still, she admitted, the cause of children’s health is a lot easier to raise money for than an advocacy programme. “It has a kind of mass emotional appeal, yes, but corporates and funders still have particular focus areas they want to see attended to.” Like most South African causes, the hospital has seen European and US donors lose appetite in recent years, drawn to African countries seen as more in need. “There’s no international funding at the moment, especially compared to five years ago,” she said. 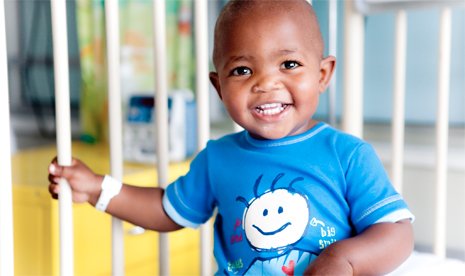 But unlike many South African NGOs facing closure from funding problems, the Trust is going strong. Driver attributed that to a number of practical points she said can be replicated elsewhere. “It’s key to have a close relationship with government. We have worked really hard on our relationship with them. They have access to funding, and you can help them spend it.” This relationship can be symbiotic: the Trust is expanding its activities beyond the hospital to projects that will help improve child healthcare generally in the province. For example, last year they equipped four Western Cape government ambulances with specialised paediatric equipment, to ensure that children en route to hospital arrive in the best possible condition.

A second key point, she said, is the development of relationships with donors. “We have a week’s turnaround to send thank yous to hospital funders,” she said. There are also events held throughout the year to thank them. Legacy programmes, in which people leave money to the Trust in their wills, are a particularly important income source. “That’s the whole reason we have a working capital fund, because of one large initial bequest.”

Driver said that for the Trust, full-time fundraising is more important and effective than income-generating efforts like selling T-shirts or other merchandise, for instance, which are a lot of work and can distract from an NGO’s main mission. She suspects that many South African NGOs fall short on long-term financial planning. “You can’t just be focused on the next day, and you have to be prepared for budget cuts at any time,” she said. “It’s dangerous to rely solely on one funding stream: you need to diversify as much as possible.”
It has been suggested that the work of the Trust should technically be the responsibility of government. “They say, ‘Why are you doing government’s work?’ Well, what’s the alternative? That sick children should die?” Driver asked. She advises NGOs to not be financially dependent on government, whose budgets are cut again and again, and to not make government an adversary. Partner with them instead, she suggested.

Children’s Hospital Trust is in a position few other NGOs can hope to emulate: the ability to run operations off interest from an endowment and a fundraising cause that practically sells itself. Both these aspects are certainly enviable. Nonetheless, the continuing success of the Trust proves that it is possible for a well-run, efficiently-managed NGO to continue to attract funds even during a recession.

It’s also an illustration of how public healthcare facilities in South Africa can benefit from an independent, energetically-staffed body tasked solely with raising money to improve them. The fact that this is one of the only ways to bring them up to international standards, of course, is still a point to lament.

5 questions to help you test your prospect information

So, what is prospect research?