Gabrielle Ritchie, Former Programme Director at Inyathelo: The South African Institute for Advancement, writes on building a reserve, having a defined organisational approach to financial management, and having absolute financial discipline.

Yet some of us have done it, and others of us are getting there. We don’t have the stats to understand the South African environment, but here is an idea of what goes on in the USA:

In a 1996 survey of 42,000 organisations by the Philanthropic Research Institute, 6,000 held endowments. A broad range of value existed in these funds that were held by a variety of charities.

Charities held $421.5 billion in total investments (i.e., endowments and other non-operating funds) in 1993, according to tax data from the IRS. Private foundations hold nearly $195 billion. (http://www.pgdc.com/pgdc/issues-and-opportunities-endowment-fundraising).

An endowment is an established fund of cash, securities, or other assets to provide income for maintenance of a non-profit organisation. The use of the fund may be permanently restricted, temporarily restricted, or unrestricted.

Building a reserve seems a somewhat less challenging task than building an endowment, but it is still a serious challenge.

Reserve is the term used for the balance of unspent funds, or the financial surplus, that can be invested and/or used by the organisation to fund its future expenditure.

Most organisations should be looking to have cash in reserve, to a minimum amount of 25% of annual operating costs – or 3 months of an annual budget. This differs though, with many different answers to the question “How much should you have in reserve?”

The range of suggestions include, amongst many others:

The big question is HOW: how do we build a reserve? And what opportunities are there for generating a surplus?

The most reliable way to build reserves is by operating at a modest surplus (bringing in more money than you spend) consistently over time. When an organisation operates within a reasonable and balanced budget that includes a bit of leeway (flexibility), operating revenues for the year will exceed operating expenses. The ideal is to ensure that any such surplus is, to the fullest extent possible, unrestricted. Obviously, if donor funding is restricted any underspends must be reported – and the use of such underspends can usually be negotiated with the donor. The result of accumulating small pockets of unrestricted surplus is that these unrestricted net assets would be increased at the end of each year, with the added value of accruing interest.

An organisation with no reserves at all could thus plan to build its operating reserve ratio (ie. your reserve as a percentage of your operating budget) to a minimum 25% target over 5 to 6 years of modest surpluses. If an organisation with an annual budget of R1million runs a R50,000 surplus (5% of its budget) every year for five years, its accumulated surplus would be R250,000 – or three months of operating expenses. If R50,000 seems a bit ambitious, even half as much would get the organisation to R250,000 in 10 years. The intention, though, is to build one’s organisational reserve in line with policy and approach set by the organisational Board.

To build reserves slowly but surely, an organisation needs to ensure sources of unrestricted revenue. To operate at a surplus consistently over time, an organisation also needs the kind of fiscal discipline that facilitates making hard choices, as well as the discipline to resist using all “extra” money to expand its programmes and services.

Identifying sources is often organisation-specific, but listed below are some key sources of income that could be put into a reserve fund:

Every project budget has to include the costs of:

10. The board, the CEO and the financial manager have to ensure that there are enough funds for the organisation to undertake its work plans for the coming year. This often involves a degree of financial flexibility and adaptation to changing circumstances.

11. Any use of a reserve should be seen as exactly that – use of capital in a crisis – and should in no way be seen as a cushion that provides an opportunity for the organisational Director to take their foot off the fundraising pedal. What a reserve will do is it will provide a cushion so that the Director can really get out there and raise funding.

What are the core costs?

Core costs are those basic expenses that an organisation requires to operate, before it can even begin to run programmes. They include:

Personnel costs such as:

Running costs such as:

Marketing and advertising costs such as:

Equipment and furniture such as:

As a general rule, organisations run specific programmes or projects to achieve their objectives. However, the basic costs required to run the organisations are often not related directly to the programme costs – and are therefore not accommodated. For example, how does the Director’s salary get covered? The Director is important to all the organisation’s projects as she/he has oversight of its efficiency and effectiveness, usually raises the money, is accountable to the donor and to the organisation’s board and will have to report on the project to the donor. This takes up a lot of time, yet the Director does not usually feature in programme budgets. At Inyathelo, a portion of these kinds of salaries usually feature in all budgets!

Questions every organisation has to ask and answer:

Non-profits are legally entitled to show an operating surplus as long as it is used to promote the
organisation’s stated mission. Organisations need to go through the exercise of asking themselves some tough questions that will include:

Of great importance to long-term financial sustainability is the creation of an endowment out of the reserve. Being able to achieve this reduces dependency on donors as the organisation could draw down some of the endowment income (such as interest or dividends) for operational funding, whilst the balance of the income can be reinvested to maintain the value of the principal sum in the endowment. As indicated earlier, endowment funds are generally much more substantial than reserve funds and are designed for a different purpose – usually to generate income to cover an organisation’s core costs. To build an endowment from reserves takes a great deal of discipline and financial planning – because it is always tempting to use reserve funds whenever there is a dip in donor support.

It is possible to raise endowment funds from donors – for example, an individual may leave funds as a bequest to the organisation, or a long-standing donor may make such a contribution as they see the value of the organisation’s work over the long term. Raising funds for an endowment can be done incrementally or by clear and straightforward strategy and campaign. However, there is no doubt that this is a difficult route – and organisations may meet with greater success in building an endowment created from reserves. 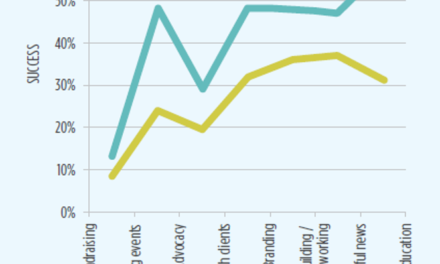 How does having a budget impact on the results of social media work?