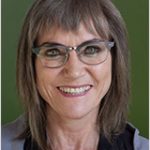 Erica Emdon who was admitted as an attorney in 1990, has dedicated her working life to public interest law. In her early years, she represented civic associations struggling to negotiate for improved living conditions in the townships and NGOs seeking advice on land, housing and development law. Later, as a private legal consultant she took on commissions from various government departments to write policy and draft legislation on land reform, housing delivery and progressive planning.

She worked as a legal advisor at the National Reconstruction and Housing Agency (Nurcha), and as Deputy Director of Urbanisation at the Johannesburg Council, preparing policies to deal with low income housing problems in Johannesburg. Her interest moved to the terrible scourge of sexual violence against women and children and took her to the Teddy Bear Clinic where she worked as a volunteer, and interviewed women survivors for a book she was writing.

The book, Jelly Dog Days, was published in 2009, by Penguin and was shortlisted for the best first novel Commonwealth Africa prize.

She has worked for ProBono.Org since its inception in October 2006, first as head of family law, and then from 2010 as Advancement Director, focussed on building the organisation and ensuring its sustainability. She managed the branding, fund-raising and communications work in the organisation and took a leadership role in transforming ProBono.Org from a little known legal NGO to one that has become a key player in the access to justice sector. She steered the organisation through the difficult donor landscape, expanding its funding base continually. At the end of 2012 she was promoted to the position of National Director.

1. Can you describe your work in 3 words and tell us how you came to doing the work that you do?

3 words that describe my work – Catalytic, dynamic and rewarding

I came to do the work I do now, by travelling an unknown and unchartered road that led me here. Having been a land, housing and development attorney, policy writer, novel writer and family law specialist, it is surprising that I now run and manage ProBono.Org, primarily focusing my attention on advancement, marketing and the overall strategic direction of the organisation. Yet these activities I did in my past professional life draw on a range of experiences and skills, and make me feel that everything I have done along the way, all are contributing to my ability to succeed at what I am doing now.

2. What is your preferred way to start out a day at the office?

My preferred way to start out a day at the office, is to have a good cup of coffee in hand, and read and reply to all my emails.

3. How long have you worked in the NPO space and what are the significant changes you have observed over time?

I have worked in the NPO space on and off all my working life. In the early days, as a public interest lawyer at EFK Tucker, I represented civic associations and NGOs. Later, when I wrote policy for government, I consulted with NGOs. As an independent consultant I undertook research into the NGO sector and worked with others on policy reform that would enable and advance the NPO sector. I have seen some NPOs survive throughout the past twenty-five years, and others fail. The overall landscape for NPOs has always been challenging. During apartheid due to animosity from government, and now, in 2013, due to animosity from government. It is sad that not much has changed! A strong, vibrant NPO sector is critical for the survival of democracy and a healthy society, but this sector will always have to contend with difficulties and must develop a deep resilience and commitment to survive.

4. What do you wish you had known when you started working in Advancement?

5. Have you worked in other sectors and if yes, what are the comparisons?

When I started working in Advancement I had never heard the word before. I have learned a new vocabulary and way of thinking in the last three years during which I have been in this space. Before becoming Advancement Director of ProBono.Org I had not worked in this field at all. However all the various skills I have learned during my work as a lawyer and writer have coalesced and formed one body of capabilities that I now adopt in my work. As a lawyer I learned to argue a case and promote a policy, strategy or view, as a writer I learned to express thoughts coherently, and in all the various jobs I have done, I have had to manage people, manage time, manage deadlines, adhere to high professional standards, manage money and budgets and be innovative, coherent and strategic. So if I compare what I do now, with all the other sectors and positions I have worked in, I would say I am doing more of the same, with higher levels of concentration and maybe a bit more skill. Although, I learn more, every single day I work!